Combatting economic and political factors outside of manufacturers’ control

First, let me state that this blog post is not political or personal. As Michael Corleone said to Sonny, “It’s not personal, Sonny. It’s strictly business.” This blog derives from a business question, “How could tariffs impact manufacturers, the audience which comprises our current and future clients?”

I started to research, which today means “Googling”. One of the first items that I saw was “The Impact of Trade and Tariffs on the United States”, research findings by Erica York, an economist with the Center for Federal Tax Policy at Tax Foundation.

Note: The Tax Foundation, www.taxfoundation.org , describes itself as “the nation’s leading independent tax policy nonprofit.” Their focus is stated as “to improve lives through tax policies that lead to greater economic growth and opportunity”. Via their research, analysis and experts, they have influenced tax policy at the state, federal and even global level. The Tax Foundation describes itself as an “independent tax policy research organization”. They are often referred to as nonpartisan, bipartisan, business-friendly and/or conservative.

[4] Adam Smith, “That the Division of Labour is Limited by the Extent of the Market,” in An Inquiry into the Nature and Causes of the Wealth of Nations, Book 1, Chapter III, http://www.econlib.org/library/Smith/smWN1.html#B.I.

Download Fiscal Fact #595:The Impact of Trade and Tariffs on the United States

How This Relates For Manufacturing: Substitute Manufacturer for Nation

As I read the research findings from 2018, it struck me that this parallels organizations within the manufacturing industry. Manufacturers should act like nations, especially during any turbulent times associated with tariffs and their unknown impacts. See below:

During any turbulent economic and/or political environments, manufacturers must be keenly focused on efficient production and operations.  From process charts and motion study to flow lines to SPC and TQM to Just-In-Time to Lean, or calling it TQM, Lean, Six Sigma, Lean Six Sigma, operational efficiency in manufacturing has been a targeted goal. In 2012 at the PROFINET Executive Leadership Event, leaders from GE, Ford and Siemens highlighted three critical factors for manufacturers’ success: productivity, connectivity and standardization . And they took it one step further by recognizing that innovative technology is the key tool needed by manufacturers.

Let’s take that one step further. Data driven by innovative technology is the key tool and critical factor for manufacturing success. This is especially true when challenged to drive manufacturing efficiency during uncertain economic conditions. Focusing on operational efficiency can help a facility increase production without having to increase the production infrastructure. Saving the costs associated with plant expansion while still increasing output of production helps to deflect some of the impact from the expected rising costs for raw materials.

The leaders in 2012 saw the three crticial factors as productivity, connectivity and standardization. Today, connectivity and integration of data across operations, departments and facilities starts to create the standardization of manufacturing intelligence for an organization so that they can fine-tune productivity and increase performance efficiencies.  Said another way: Data is most important. Accurate data is most critical. Integrated data is the key tool for manufacturers’ success.

What Should Manufacturers Do?

Step 2: Ask “Can efficiency and productivity be improved?”

Step 3: Focus on an immediate need or challenge.

Step 4:  Work with a company that can be flexible and customize with your needs, challenges and projects.

If you have any questions or want to bounce ideas around, contact DECIDE4ACTION at contact@decide4action.com or call 864.458.7587 x108. We’re happy to set up a customized demo discussion for you and your team. 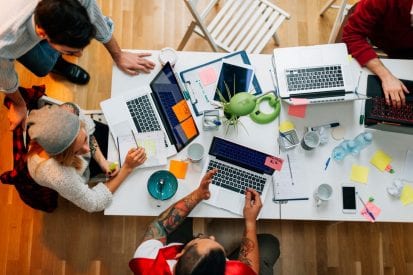 Our Developers: The Drivers of Your Customized Soutions 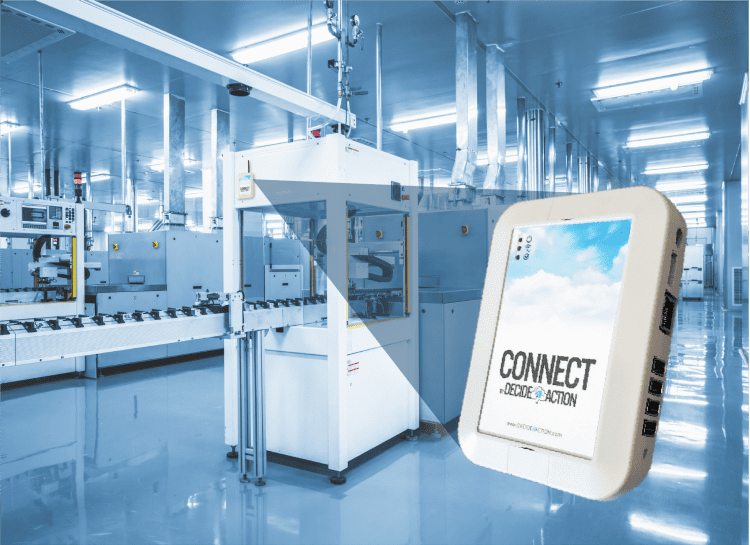 From The Inside: A closer look at The CONNECT